The following are individuals, arts and culture institutions, veteran organizations, academic institutions, presenters and funders who have partnered with EchoTheaterSuitcase project.

Through these partnerships and our shared resources, we have created performance, education and dialogue opportunities. 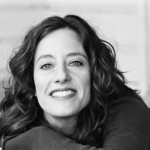 Krista DeNio [Project Director], is an interdisciplinary choreographer, director, performer, writer and educator, committed to developing new forms of performance work and evolving interdisciplinary thinking and creation between the fields of dance and theater, among others.  She has lived and worked in the Bay Area, California, Colorado, New York City​, Western Massachusetts and internationally. Krista teaches dance and performance making throughout the Bay Area and nationally…[read more] 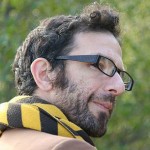 Daniel Bear Davis [Core Collaborator, Assistant Director ETS CounterPulse 2014, Director ETS Yolo County 2015], has a creative practice driven by an awe and wonder for humanity and an equally poignant curiosity and respect for the more-than-human world. His performance work has been presented at the Imagining Bodies Symposium in Estonia, in Trolley Dances with Carpetbag Brigade, at the Cowell Theater, Counterpulse, SFIAF Jewels in the Square, SoWat Now Contemporary Performance Festival, Looking Left Festival, and…[read more]

Katarina Eriksson [Core Collaborator], has been involved with improvisational dance since 1989. She teaches Contact Improvisation and other improvisational forms in Europe and the US, and since 2000 she curates the performance series Moment’s Notice in Berkeley. Katarina graduated from Gothenburg Ballet Academy, and has worked at The Gothenburg State Theater and Opera, as well as with numerous choreographers and dance companies…[read-more]

Stephen Funk [Collaborator, Advisor], moved to the Bay Area in 2001 shortly before 9/11, and enlisted in the Marine Corps in early 2002.  His father had been a cryptographer in the navy during the Vietnam War, and Stephen is named after an uncle who had died stationed overseas.  Stephen also is and was an activist. During training he had difficulty conforming to military service and sought discharge as a conscientious objector. In April 2003, he became the first person in the military to…[read more]

Susan Maxwell [Clinical psychologist, PTSD specialist, Dramaturg], is a clinical psychologist employed in the Posttraumatic Stress Disorders Clinic at the San Francisco Veterans Affairs Medical Center. Maxwell’s collaboration in this project integrates three main areas of interest and expertise: dance, writing, and clinical psychology work with traumatized veterans. She has collaborated with Krista DeNio as a writer for for several works and Krista has used her poetry in her workshops…[read more]

William McQueen [Core collaborator], enlisted in the Navy in 1975 under a delayed entry program, missing the Vietnam War by about 3 months.​  Thanks to the Navy training in Avionics, he had a moderately successful career as a computer nerd.  Now he has the gift of time to pursue other interests, such as theater, photography and his grandkids.  Bill has created and performed…[read more]

Sonia Decker [Core collaborator], is an actor, theatre artist, activist, and native of the Bay Area. She is a company member of The Bonfire Makers. Recently she has worked with EchoTheaterSuitcase project, Christine Marie and Artists, The Breadbox, Berkeley Rep, Theater Lunatico, BrickaBrack, Bread and Puppet Theater, and many more. When she is…[read more]

Cory Neale [Core Collaborator], has created sound design for many ETS iterations to date, and created the beautiful illustrations on this site. Cory is a Philadelphia born-and-raised architect and artist. He is a collaborative project-driven individual who uses his training in architecture to address and execute ventures in sound and visual art. He believes that the collaborative nature…[read more]

Stephen Katz [Musician], is a cellist and award winning composer who has defied the laws of gravitational musicianship for over forty years. His music has been featured in every iteration of EchoTheaterSuitcase project to date. His latest leap across stages in the US and Europe, Angels in the Engine Room, gives his audience…[read more]

Veteran Artists, Artistic director Stephen Funk collaborated as a performer, and educator with ETS during our 2013-14 CounterPulse residency, and C.I.I.S. workshop production, as well as, supporting project development and outreach.

Veterans Community Media Center of San Francisco, ETS shared a performance and joined other community-building events a the VCMCSF in 2013-14.

The Arts at CIIS commissioned ETS workshops and performances 2014-15, in collaboration with Veterans Book Project; both projects curated by Deirdre Visser

This project was made possible with support from California Humanities, a non-profit partner of the National Endowment for the Humanities. Visit www.calhum.org.” 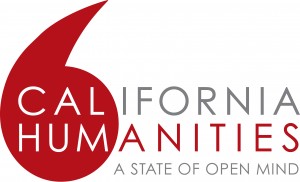 AND a HUGE SHOUT OUT to our INDIVIDUAL DONORS, who make our dreams come true!